At Turku UAS, everyone can be who they are

Turku Pride takes place on 22–28 August. At Turku University of Applied Sciences, everyone gets to be who they are. The work on equality is included in the everyday life at Turku UAS all year round.

During Turku Pride,  the rainbow flags fly on our campuses. The week culminates in the Pride parade on Saturday 27 August. The Study in Turku network organizes a joint start for the Turku Pride event. Students, staff members of the higher education institutions and everyone else is welcome on board. See the invitation to the joint start on the Study in Turku website.

– At Turku UAS, everyone can be who they are, reminds Rector and President Vesa Taatila. 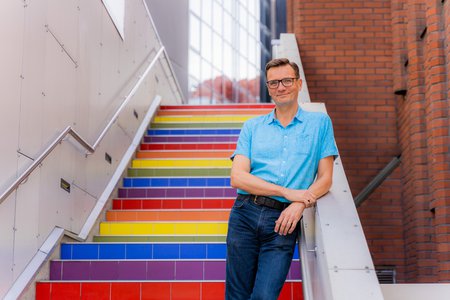 The work on equality never stops

At Turku University of Applied Sciences, possible inappropriate treatment is interfered with an equal process, and we utilize notification channels for reporting problems. The state of equality and non-discrimination is also studied with surveys, which contain questions on e.g., atmosphere, inappropriate jokes and disrespectful language.

Linguistic choices have an ideological and political level. At Turku University of Applied Sciences, we want to promote modern, inclusive thinking also in texts. We have committed to this in the equality and non-discrimination plan.

– We avoid gendered titles and terms. For example, when communicating in English, we try to discard the binary gender norm and replace the she/he pronouns with plural forms, says HR Specialist Mirva Virtanen.